Periodontics is a speciality of dentistry focused on diagnosing, treating and preventing diseases of the supporting structures of the teeth. Although it’s mainly concerned with preventing the progress of gum disease, periodontics also involves correcting uneven or receding gums and placing and caring for dental implants.

Gum disease is a very common condition caused by the bacteria in plaque (the sticky film that builds up on your teeth if you don’t brush them regularly). Plaque can build up over time and eventually harden and become tartar. This is what causes the inflammation and bleeding that is known as gingivitis – the early, reversible stage of gum disease.

However, if gingivitis is left untreated, it can develop into periodontitis. This is an irreversible stage of gum disease that can only be managed rather than cured, and which affects around 10-15% of the population. Periodontitis can cause pockets to develop between the root of the tooth and the gum, which may mean you lose your tooth.

Signs that you may be developing gum disease include:

To pick up gum disease early, before it develops into something more serious, make sure you have regular check-ups with your dentist and hygienist

How your dentist treats your gum disease will depend on how serious it is. However, the treatment will include advice on how to control the build-up of plaque and the most effective techniques for keeping your teeth clean.

The most common cause of gum disease is poor oral hygiene. Other risk factors include smoking, diabetes, poor diet, certain medicines and genetic predisposition. Prevention and early diagnosis are the best ways in which you can reduce your chances of developing the disease.

It’s worth taking care of your teeth and gums as a healthy mouth benefits your whole body. For example, poor oral hygiene has been linked to an increased risk of developing certain health conditions, such as heart disease. 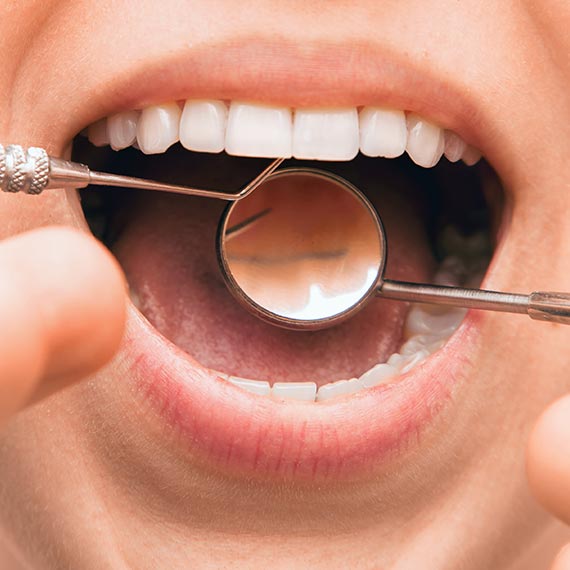 I have always found the staff to be friendly and polite. An excellent service

This website uses cookies to improve your experience while you navigate through the website. Out of these cookies, the cookies that are categorized as necessary are stored on your browser as they are essential for the working of basic functionalities of the website. We also use third-party cookies that help us analyze and understand how you use this website. These cookies will be stored in your browser only with your consent. You also have the option to opt-out of these cookies. But opting out of some of these cookies may have an effect on your browsing experience.
Necessary Always Enabled
Necessary cookies are absolutely essential for the website to function properly. This category only includes cookies that ensures basic functionalities and security features of the website. These cookies do not store any personal information.
Non-necessary
Any cookies that may not be particularly necessary for the website to function and is used specifically to collect user personal data via analytics, ads, other embedded contents are termed as non-necessary cookies. It is mandatory to procure user consent prior to running these cookies on your website.
SAVE & ACCEPT